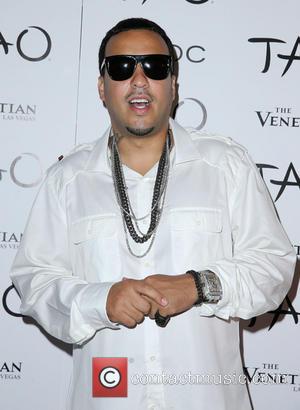 The Pop That hitmaker went public with his romance with Kim Kardashian's younger sister earlier this year (14) and he helped her celebrate her 30th birthday last month (Jun14) by showering her with $100,000 (£58,824)-worth of gifts, including a brand new Suv (Sports Utility Vehicle).

They conducted their first joint interview together on Thursday (24Jul14), when they appeared on New York's Power 105 radio station with host Angie Martinez, and Montana admitted mutual friend Combs played matchmaker for the pair.

He said, "Khloe's cool as hell. Puff (Combs) is the one who put us together."

The rapper also revealed he will be making a number of appearances on his girlfriend's family reality show, Keeping Up With the Kardashians, alongside Khloe's new brother-in-law Kanye West, adding, "They called me a couple of times for the new season, they got me. They got Kanye on there (too)."

Khloe's relationship with Montana is her first since filing for divorce from her sports star husband Lamar Odom in December (13).