Actress Freida Pinto Really Suffered For Her Art On The Set Of Her New Film Desert Dancer Because The Intense Choreography Left Her Feet Covered In Blisters, Which Burst And Scarred Her Skin. 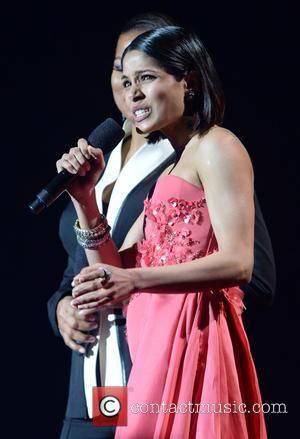 Picture: Freida Pinto - Photographs of the action at The Nobel Peace Prize concert which was held at the Spektrum in Oslo, Norway - Thursday 11th...

In the movie, the Slumdog Millionaire star portrays an Iranian woman who joins an illegal dance troupe in Tehran in 2009, and she had to undergo months of training to get the fancy footwork just right.

The Indian beauty limped away from the project covered in blisters, but she considers the minor injuries badges of honour after discovering a whole new level of admiration for the professional dancers.

She says, "I've always respected (dancers) even before I did this film, but... there are an immense amount of sacrifices for the sake of art that a lot of people still don't get.

"For me, it's incredible - and all of this for the sake of expressing themselves. I do have an immense respect for dancers, for artists in general, but definitely for dancers.

"(I have) so many (injuries), I've got scars from blisters. I'm so proud of them. Some of them I try to cover up with make-up just because they are very pronounced."

The controversial ban in Iran hit headlines last year (14), when a group of six music fans were busted in Tehran for releasing a video of themselves publicly dancing to Pharrell Williams' hit song Happy. The city's police chief branded the footage "vulgar" and demanded the dancers be tracked down and arrested. They were taken into custody, but the three men and three women were subsequently released on bail after their arrest sparked a global outcry.