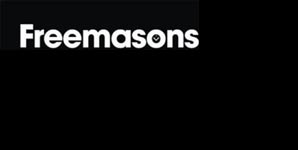 Fresh from their acclaimed remix of Beyonce's 'DÃ©jÃ  Vu', Brighton's favourite house duo get set to release the first single from their eagerly anticipated debut album. Released on January 8th, 'Rain Down Love' is a sweat-soaked slice of disco house, dripping with Sideah Garrett's honeyed vocals.

Over the last eighteen months Brighton duo the Freemasons have become one of the most in demand remix and production teams in dance music. Some of the biggest artists in the world have been clamouring for their golden touch and it's rare to find a dance compilation that doesn't feature at least one of their releases. Their infectious debut, the anthemic 'Love On My Mind', has become synonymous with the sort of nights that leave you still smiling at sunrise. Whether it's pumping out of a car stereo or a club soundsystem, Amanda Wilson's vocals and that riff combine to create an instantly recognisable classic.