Queen guitarist Brian May has revealed late frontman Freddie Mercury wrote Queen's most famous hit 'Bohemian Rhapsody' on the back of a phone book. 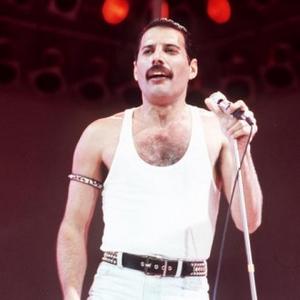 Freddie Mercury wrote Queen's most famous hit 'Bohemian Rhapsody' on the back of a phone book.

The band's drummer, Roger Taylor, said he knew the first time he ever heard the operatic pop track - which went on to become the third best-selling single in the UK of all time - it would be a hit and insists his late bandmate would often pen his song ideas on telephone directories.

Roger said: "The first bit that he played to me was the verse, 'Mama, just killed a man, dah-dah-la-dah-daah, gun against his head,' All that. I thought, 'That's great, that's a hit.'

"It was, in my head, a simpler entity then; I didn't know it was going to have a wall of mock Gilbert and Sullivan stuff, you know, some of which was written on The Fly. Freddie would write these huge blocks of mass harmonies on the back of phone books."

Roger believes that 'Bohemian Rhapsody' - with its famous multi-layered harmonies - was a revolutionary rock song and is proud of what the band committed to record, but he admits he was surprised by the commotion Freddie caused when he decided to grow a moustache at the height of the group's fame - in what, at the time, was perceived to have been a move to covertly reveal he was homosexual.

The 61-year-old musician added in an interview with Q magazine: "I always said he could have ridden naked down Oxford Street and got less publicity then he did by growing a f***ing moustache.

"One man grows a moustache. Not a big deal, but it was, obviously, in his case. In represented this sort of gay clone scene at the time, so there was some sort of vibe of that. I mean, it didn't bother the band at all."