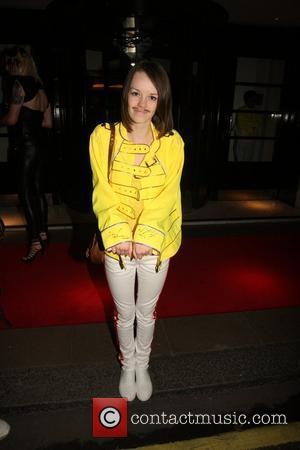 Picture: A Freddie Mercury fan Freddie For A Day held at The Savoy - Arrivals. London, England - 05.09.11

Late pop icon Freddie Mercury was posthumously honoured with a special prize at the Asian Awards on Tuesday (18Oct11).
The star's family, as well as his Queen bandmate Brian May, collected the Founders Award in recognition of Mercury's contribution to music.
Celebrated sitar player Ravi Shankar was named the recipient of the prestigious Fellowship Award and his daughter picked up the trophy on behalf of her 91-year-old father.
Other winners at the ceremony - held at London's Grosvenor House - included comedienne Meera Syal, who walked away with the Outstanding Achievement in Television prize, and rapper Jay Sean.
After landing the top music honour, he said, "This is a big award title: it means a lot to me. I've only got to the beginning of what I want to achieve."
The awards honour the achievements of individuals born in or with family originating from parts of Asia - Mercury, real name Farrokh Bulsara, was Parsi and was born in Zanzibar, East Africa and educated in Bombay, India.