How has Bates Motel fared with the critics?

From producers Carlton Cuse – who worked on Lost - and Kerry Ehrin – who worked on Friday Night Lights – comes Bates Motel; the new series set before the events of Hitchcock’s Psycho. It’s a brave undertaking, considering the cult status of the horror classic, so what are the reviews saying?

The Boston Globe describe the show as “creepy and cryptic”, saying, in their review: “Bates Motel isn’t for everyone, and not only because of the violence. The show offers little in the way of triumph, as least so far. If there are sweet moments, they are tinged with eeriness. And we know where this whole thing is ultimately headed, don’t we, and redemption is definitely not in the picture.” But this review doesn’t quite tell us if it’s good or bad, just that it’s weird. Weird can be good though, can’t it? Well the Huffington Post are less cryptic, even if Bates Motel is. They say, referring to the film that preceded it: “Hitchcock's film explored the darkest, strangest regions of the human psyche with savage efficiency, and "Bates Motel" has some of the efficiency without much of the depth. It appears to want to stay more or less on the surface of things and to provide a certain number of scary scenes and bloody moments in every hour. There's a brisk energy to what the show does -- that can't be denied -- and the two actors at the center of it are enormously skilled.” Again: still inconclusive, but enough to want to investigate the show ourselves for sure. 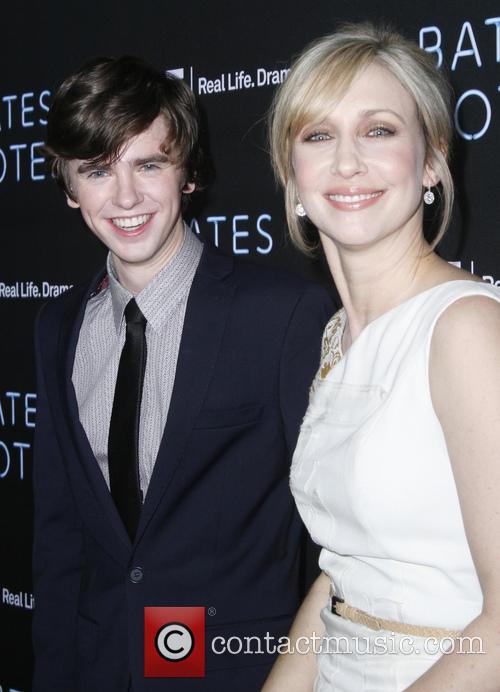 Overall, the reviews suggest this is a worthy watch, but fans of Psycho won’t need to be told, they’ll have searched this out long ago. Newcomers to Hitchcock’s world, perhaps watch Bates Motel first, as the brilliance of the original film might taint your enjoyment of this television prequel.