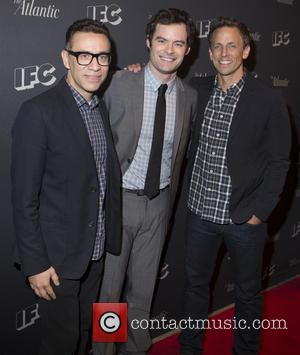 The show's star Carrie Brownstein revealed the latest cameo for the cult show in a photo posted on Instagram.com on Tuesday (25Aug15), in which she and co-star Fred Armisen dressed as all-black goths with the metal star between them, holding up a glass of wine.

She added the caption, "Summer Goths. With Danzig. Dreams (nightmares?) do come true."

Brownstein and Armisen have an odd connection to Danzig - the comedy duo filmed a clip for Paper magazine outside his house in 2009.

The sixth season of Portlandia is expected to air in 2016.