The Tenors Thrilled To Perform For Queen Elizabeth

The Tenors are ''still kicking'' themselves to make sure they're not dreaming, after performing for Britain's Queen Elizabeth. 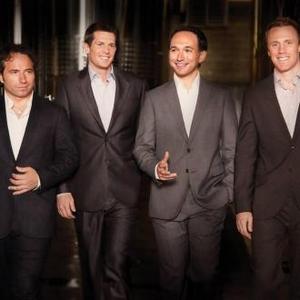 The Tenors are ''still kicking'' themselves after performing for Britain's Queen Elizabeth.

The Canadian four-piece were invited to play at the Diamond Jubilee pageant at Windsor Castle last weekend, culminating in a performance for the monarch and the Duke of Edinburgh on Sunday (13.05.12) and although they have met her before, they never fail to be impressed by the British queen.

The group - comprised of Remigio Pereira, Victor Micallef, Fraser Walters and Clifton Murray - exclusively told BANG Showbiz: ''Being invited back to the UK and meeting the queen in such intimate setting, we're still kind of kicking ourselves to make sure we're not dreaming. We performed as part of the Diamond Jubilee pageant at Windsor Castle, we were there for four nights with many different artists and troops from around the world. We opened the show with the Royal Canadian Mounted Police. It was very emotional for us to see them turned out in these beautiful costumes on horseback and of course on the final night with the queen in attendance and Prince Philip there as well, it was just magical.

''We're sort of feeling like old friends now but the novelty never wears off. It's honestly a magical thing to share time with them and we are so appreciative that they love our contribution and the music that we're making so we were on cloud nine to say the least.''

The Tenors -whose blend of classical and contemporary pop has gained them fans including Oprah Winfrey and Sir Paul McCartney - also spoke of Queen Elizabeth's ''amazing presence''.

They added: ''She has such an amazing presence about her and the fact that she talks and takes the time to shake your hand and share some words is just phenomenal.''

The Tenors' self-titled debut album is released on Decca Records on June 4.

The Tenors Thrilled To Perform For Queen Elizabeth 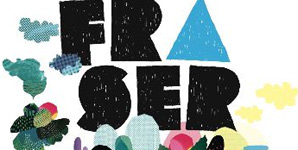 Fraser - A Garden At The Top Of The Tree