Frankie & The Heartstrings new single, Everything Looks Better In The Right Light, was released on November 28th, 2011. The B-side to Everything Looks Better In The Right Light is The Way That You Kiss, which was recorded and produced with the help of The Cribs member Ryan Jarman. The band are in the midst of a UK tour with The Vaccines that has seen them play venues in Manchester; Sheffield and Newcastle. The tour is expected to continue into December, with a special one off performance in their hometown of Sunderland on December 29th, 2011.

The video for Everything Looks Better In The Right Light sees the five piece emerge from their broken down car. As they walk in the direction of a nearby town, each of the members is taken off by two pretty girls. It is revealed, at the end of the video, that the four missing members of the band have been tied up by the girls, who pounce on Frankie and put a bag over his head.

Formed in Sunderland in 2008, Frankie & the Heartstrings are: Frankie Francis (vocals); Steven Dennis (bass); Dave Harper (drums); Michael McKnight (guitar) and Mick Ross (guitar). Their debut album, Hunger, was released in February 2011 to favourable reviews and spawned five singles. The album was produced by Edwyn Collins, who is well known for fronting the group Orange Juice.


The full list of tour dates for Frankie & The Heartstrings are as follows:

Frankie & The Heartstrings - Everybody... 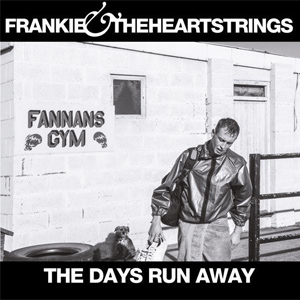 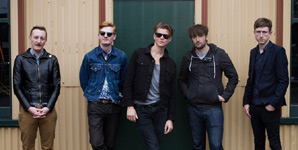