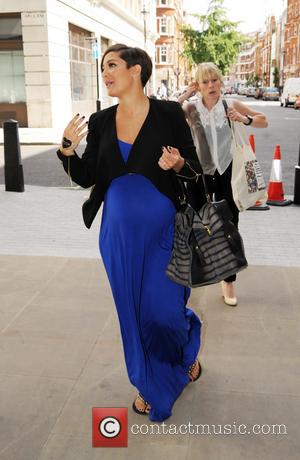 The Saturdays star underwent treatment for depression at a clinic in 2011, and now she has teamed up with mental health charity Mind for the organisation's It's Time To Talk drive, which urges people to keep in touch with pals suffering from issues.

Sandford says, "Send a text, saying 'How are you today?', or just meet up for coffee, so they are not on their own. They don't particularly have to talk about it, but just let them know you're there for them and that you care. That's enough."

The star, who is pregnant with her first child, also reveals her bandmates were a constant support when she was battling her own mental health problems.

She adds, "(They were) really unfazed. I thought it was going to be this big thing. I'd built it up so much and they were all just like, 'Ok cool,' and they were just there for me if I did have a panic attack or if I was feeling down that day."

Sandford signed up as a spokesperson for the charity last year (12).