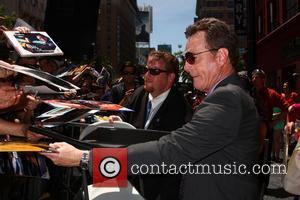 Former child star Frankie Muniz has suffered another "mini stroke" almost exactly one year after he was hospitalised for a similar health crisis.

The Malcolm in the Middle actor took to Twitter.com to alert fans and friends to his latest medical ordeal, although he did not share any details.

He wrote, "Almost a year to the day, I experienced another mini stroke. Hopefully that will be the last. Miserable."

Muniz, 27, had to be treated by doctors in Arizona on 30 November, 2012 after he started to lose sight in one eye and lose his ability to speak while riding his motorcycle in Phoenix.

Opening up about the symptoms on Tv, he said, "Something wasn't right. I knew I did not feel right. I couldn't say words and I thought I was saying them and my fiancee (Elycia Marie) was looking at me like I was speaking a foreign language...