Frankie Muniz revealed on twitter how he suffered his second "mini stroke" in nearly exactly a year to the day.

The 27 year-old suffered a second mini stroke in almost a year to the day of the 1st.

The first time he suffered a stroke was in November 2012, and in an appearance on 'Good Morning America' he gave fans an update on his health.

"I couldn't say words," Muniz explained. "I thought I was saying them. My fiancée was looking at me as if I was speaking a foreign language."

Muniz revealed he lives a very healthy lifestyle without drugs or alcohol, so it came as quite a shock. ""I can't get a deep breath in. I'm still trying to make sense of it," he said, adding, "but happy I'm alive."

On Monday (Nov 25th) the former 'Malcolm in the Middle' actor revealed to his 191,000 twitter followers, "Almost a year to the day, I experienced another mini stroke. Hopefully that will be the last. Miserable."

Muniz, who turns 28 on Dec 5th, has only made sporadic appearances on the big or small screen in recent years but that does not mean the Arizona resident isn't busy.

Once considered one of Hollywood's most promising young talents, Frankie left acting to pursue a career in race car driving back in 2008 and is also a drummer of a Pennsylvanian band called 'Kings Foil'.

The 'Agent Cody Banks' star is also set to marry longtime girlfriend Elycia Marie, whom he began dating in 2007 and then became engaged 4 years later in 2011. 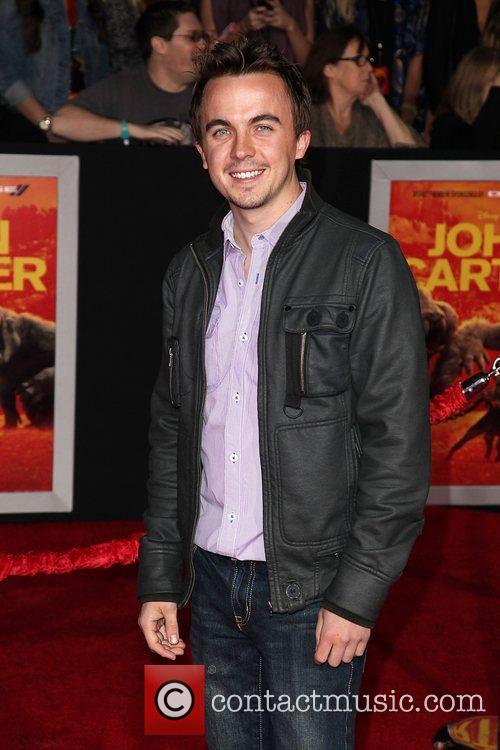