Frankie Boyle is a rich man.

Frankie Boyle's company Gentleman Artist pulled in almost £1.8 million for the last financial year. The Glaswegian comic's popularity has skyrocketed since Mock the Week and his nationwide tours regularly sell out. 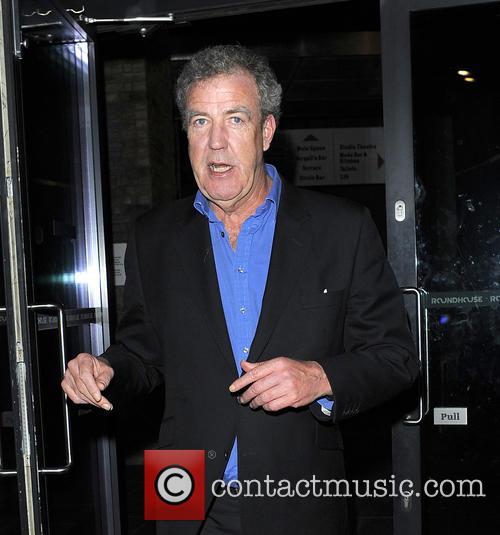 Frankie Boyle is returning to the BBC for an iPlayer show about the Scottish referendum.

Frankie Boyle, the Glaswegian comedian who says he is "all for" an independent Scotland, will host an online show of stand-up and discussion hours after the country casts its vote today. 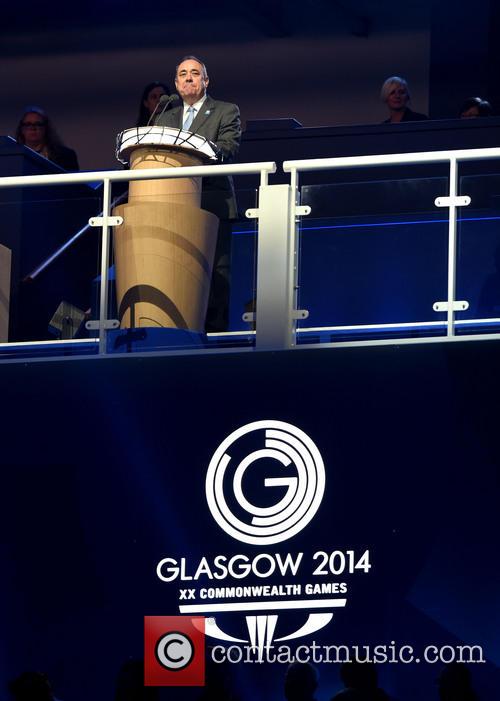 Alex Salmond will be hoping for a Yes vote

The comic, who predicted independence "won't happen", will front Frankie Boyle's Referendum Autopsy for the BBC, mixing stand-up comedy with discussion about the result in front of a live audience in Glasgow.

Boyle didn't spare much when laying into Clarkson

Frankie Boyle is the latest celebrity to lay into Jeremy Clarkson, calling him a “tumour” and saying he “needs to be removed” at the Edinburgh International Television Festival. 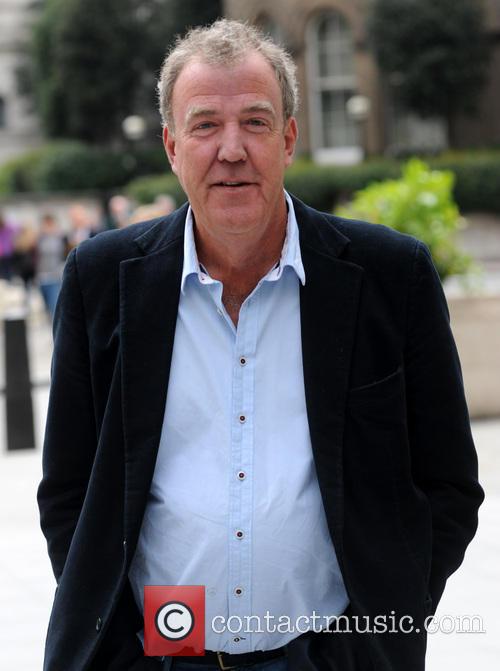 He said that Clarkson “comes from a very bad place and the reason he's tolerated is that he's recognised by people in power … in fact he's a friend of [David] Cameron's,” according to the The Guardian. He added: “He's in there like a f***ing growth and he should be removed because he's horrible. Sack him because he's a cultural tumour.”

Continue reading: Frankie Boyle Likens Jeremy Clarkson To A "Tumour" That "Needs To Be Removed"

Frankie Boyle was on typical form in Edinburgh.

It was always going to be a typically irrelevant performance, but even the most fervent fans of Frankie Boyle may have been caught off-guard by the veracity of his takedown of the right-wing media and its associates during a talk at the Guardian Edinburgh International Television Festival.

Jeremy Clarkson was in the firing line

The Glaswegian comic went on the attack from the get-go, tackling the subject of Jeremy Clarkson and his apology for mumbling the N-word during a Top Gear recording.

"Appalling" rap condemned for homophobia, racism and for just being rubbish.

Former X Factor contestant James Arthur has faced a fierce backlash after his diss track aimed at MC Micky Worthless contained the insult "f*****g queer." The criticism directed at Arthur was so strong that the singer relinquished control of his Twitter account to his management team. "#LOVE to my fans but I'm coming off twitter for good. HQ will be doing all my tweets from now on. PEACE!" he wrote. 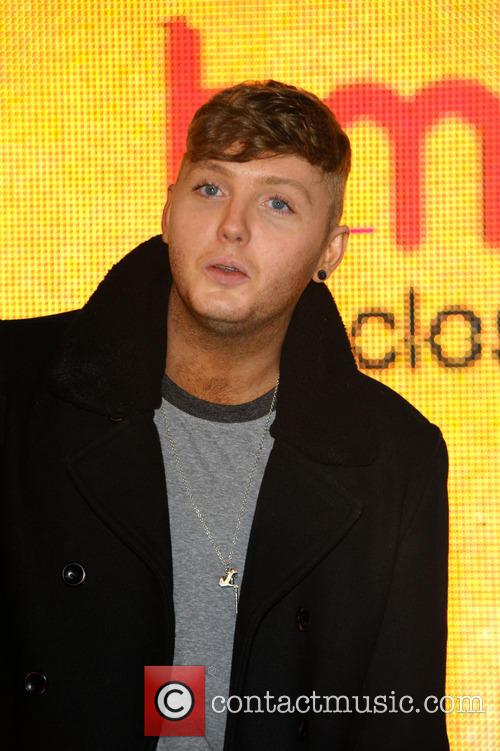 The 25 year-old posted the track 'Hey Micky' on Soundcloud which has now been taken down but not before news could quickly spread that he had used an inexcusable and offensive gay slur. "F*ck you @JamesArthur23 for using the phrase 'f**king queer' in your latest track. F*ck you," angrily wrote actor Matt Lucas on Twitter.

It's James Arthur Vs Frankie Boyle, Round Two, After Gay Slur Diss Track

James Arthur has quit Twitter after a row over gay slurs.

James Arthur has handed over all social media responsibilities to his record label after posting a diss track about rapper Micky Worthless that featured explicit gay slurs.

The track - uploaded on Saturday - was immediately set upon by comedians Matt Lucas and Frankie Boyle, who deemed it homophobic. Arthur initially defended himself before deleting the tweets and claiming his management would be "doing all [his] tweets from now on," according to The Express.

"I Wish The Queen Had Died," Frankie Boyle's Top 5 Most Controversial Moments

Frankie Boyle had the majority of his performance axed from a BBC3 broadcast of Give It Up For Comic Relief after his close-to-the-bone jokes became too much for the BBC. The infamous Scottish comedian joked about the Royal Family, the Jimmy Savile scandal, Oscar Pistorius's murder trial and Kate Middleton's pregnancy in the gig to raise awareness of drug and alcohol addiction.

Speaking of the Queen's recent hospitalisation, Boyle told the audience at Wembley Arena, "I wish she'd died- because they wouldn't have been able to tell anyone. They would have had to hollow out her body into a suit and fill it with helium." Several newspapers report the comedian being booed for jokes about the Duchess of Cambridge's breasts and claims that he fathered her child. "She told me she was on the f***ing pill," he said.

The Glasgow-born comedian, whose become a multi-millionaire after forging a hugely successful career in comedy, continued in bad taste with a reference to the Savile scandal. "I think the BBC made Jimmy Savile wear that jewellery so children could hear him coming. I had thought the only way I'd end up back on the BBC would be if I started f***ing kids," he said. Other jokes about the Pope and Oscar Pistorius were also cut from the broadcast, which ran with a two-and-half-hour time delay.

Yesterday, the comedian Jim Davidson was arrested by police working for Operation Yewtree, the investigation set up in the wake of the Jimmy Savile sex scandal.

Discussion about his arrest has been rife on social media sites such as Twitter, with fellow comedian Frankie Boyle remarking “On the bright side for Jim Davidson, it's impossible for anyone to think any less of him.”

By Boyle’s standards, it was a pretty tame comment; elsewhere the general consensus seems to be a lack of shock regarding the news. Davidson is very much considered to hail from the old school of comedy – where misogyny and bigotry were often rife and he is hardly held as a beacon of morality or decent behaviour. One comment, repeated in varying forms on Twitter, is exemplified by the user @Skip_Licker, who commented “I'm shocked by this Jim Davidson story... to my core. He's being described as a comic.”

Channel 4 must be breathing a huge sigh of relief that they didn’t decide to invite Frankie Boyle on this year’s Big Fat Quiz show, because they’ve managed to cause enough controversy, without having the sharp-tongued Scotsman on board. This year, the damage has been done largely by Jack Whitehall and James Corden, who were openly drinking a bottle of red wine throughout the show and made a number of crude jokes about The Queen, as well as Barack Obama and Susan Boyle.

Lord Burns, the chairman of Channel 4, declined the opportunity to speak to the Daily Mail about the show, but the British newspaper is up in arms about its distasteful content. The outrage has spread beyond the press, though, with Tory MP Conor Burns – a member of the Commons’ culture media and sport select committee – demanding to know why the show was aired as early as 9pm. “I actually watched some of the broadcast because we are staying with family for the holidays and I found it quite distasteful,” said the MP. “It was base, unfunny comedy and in some ways I thought its greater crime really was that it just wasn’t funny.”

At one point during the show, James Corden and Jack Whitehall attempted to cover up one of their answers, aware that it was inappropriate, but eventually revealed what they had written on the screen anyway. A sample of the ‘vulgar’ comedy on display during the quiz was Whitehall’s comment about Cary Rae Jepsen: “If you had given your number to someone like Carly Rae Jepsen and discovered how annoying she was, you would suck someone’s c*** to get rid of her.”

By Hayley Avron in Lifestyle / Showbiz on 03 December 2012

If James Arthur wins X Factor next weekend, the first thing the show’s producers will need to do is to ensure that he completes a rigorous media training course. And what’s the golden rule of media training? DO NOT rise to Frankie Boyle’s bait! Sadly for Arthur, he has already fallen foul of the acerbic Scotsman’s cutting sense of humour. Always one for the cheap shot, Frankie Boyle posted a message on Twitter insulting him… and not just by erroneously referring to him as “James McArthur.”

That message read “James McArthur is like a cross between a tramp and a duckling ‪#xfactor” and unsurprisingly, James took exception to the comment. He probably wasn’t too enamoured with Boyle later referring to him as looking like “someone put a sheep’s teeth into a baby’s head.” James made the fatal error of responding to Frankie though (and we all know that the best cure for a Boyle is to ignore it and it will go away… not that that has worked with Susan Boyle, mind you). James responded by saying “Poor old man making yet more s**t jokes about Xfactor because he knows that's the only way he can get attention any more #prat.”

Proving that he’s much better at dishing out the insults than he is at taking them, Frankie was quick to reply “I think if I wanted attention I'd sing covers on a talent show, inked up like a schooldesk in a remedial class.” James had the last say in the matter, telling Frankie “Your a sad man and I can't wait to see you coz it's about time someone gave you a reality check.” We’re not sure that it’s technically possible to win an argument with Frankie Boyle; luckily for James, it’s looking likely that he might win X Factor, instead.