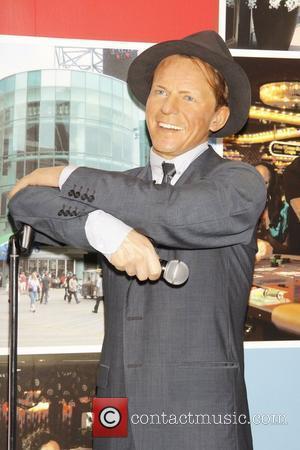 Frank Sinatra was buried with a bottle of bourbon, a pack of cigarettes, a lighter and a roll of dimes so he could call his loved ones from beyond the grave, according to a new book.
The singer's casket was filled with items his family members felt sure Ol' Blue Eyes would like to take with him and Alan W. Petrucelli's new tome, Morbid Curiosity, The Disturbing Demises of the Famous and Infamous, lists them.
According to the author, Sinatra's coffin was also filled with Tootsie Rolls, his favourite candy, a dog biscuit, so he could feed the dogs in heaven, and a roll of cherry Life Savers.
Sinatra died of a heart attack in 1998 and was buried at Desert Memorial Park in Cathedral City, California.