Sinatra Too Big For His Pants 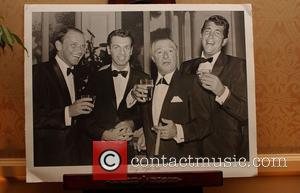 Legendary crooner Frank Sinatra's penis was so large he had to buy custom-made underwear - according to his valet.

The MY WAY singer, who dated a string of beauties including Ava Gardner, Mia Farrow, Lauren Bacall and Marilyn Monroe, had to wear underpants which concealed his impressive package, valet GEORGE JACOBS says.

Jacobs also shed light on a selection of other Sinatra quirks. OL' BLUE EYES reportedly showered four times a day, wore lifts in his shoes to disguise how short he was and had sex the night before every recording session.