A new Frank Sinatra album featuring over 50 previously unreleased recordings - including unheard sessions and live performances - is set for November 24. 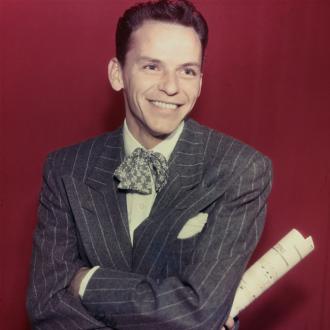 'Sinatra: LONDON' features over 50 previously-unheard recordings from the iconic Rat Pack crooner during his UK sessions, as well as a remastered version of 'Sinatra Sings Great Songs From Great Britain'.

The album was the only one Frank made outside of the US, and the other songs on the new release come from a mix of live sessions, unused tracks recorded for the original LP and even a 1962 BBC 'Light Programme' radio special with introductions to each song by the man himself.

Elsewhere on the deluxe 3CD+DVD collection will be a 1953 live session for BBC Radio's 'The Show Band Show' and a Royal Albert Hall concert from 1984.

The collection's DVD includes a previously unreleased concert from Royal Festival Hall in 1962, as well as a 1970 concert appearance from the same venue with a never before released performance of 'A Foggy Day'.

Meanwhile, it also features a 60-page booklet with a new essay written by producer, songwriter, music publisher, author and filmmaker Ken Barnes, who was in attendance during the iconic recording sessions.

Fans will also have access to track notes, details about Frank's visits to the UK and photos of him enjoying life in London both on stage and around the city.