Currently Ocean has been in the middle of another controversy, this time with, Chipotle Mexican Grill, who sued the singer after they paid him in advance for agreeing to sing on an advert promoting responsible farming. When Ocean backed out, over the company using their advert at the end of the advertisement, he was hit with a lawsuit over the $212,500 advance he’d been given. Frank would return the money in the form of a cheque but include a special message to the burrito company on the memo line. The message was two words, the second being ‘off’ and the first being of the four letter variety. If you still don't get it check his tumblr. 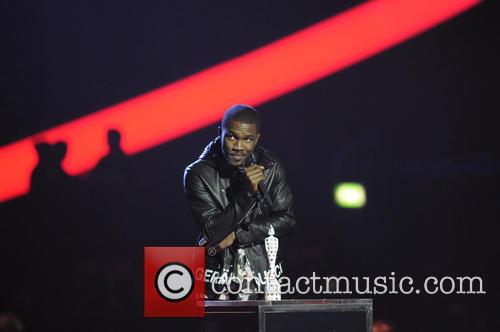 Aside from his cheque writing, Ocean has just released the song ‘Hero’, where he has collaborated with The Clash’s Mick Jones and Paul Simonon as well as and DJ Diplo as part of Converse’s Three artists, one Song Series. We’re also expecting a second album sometime in the summer. Until then there’ll surely be a lot to keep up with in the rising star’s colourful life - just dont expect to see him in a Chipotle with Chris Brown anytime soon.