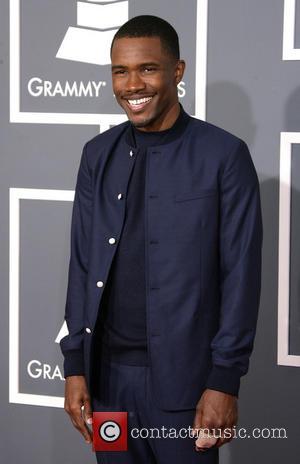 Frank Ocean has lifted the lid on preparations for the follow-up to his hugely acclaimed debut solo album Channel Orange, with the star also hinting at some collaborations that he’ll be getting involved in further down the line.

"I'm like what, 10, 11 songs into this next thing," he said to Zane Lowe on BBC Radio One. "I don't know what to tell you other than that it's another cohesive thing bordering on a concept record again. At the end of Channel Orange, there's 'Golden Girl' and this beach scene, and I want to extend that feeling to the next record altogether to make it that theme. So I'm going to Bora Bora when I get back ... and work for a few weeks."

Moving on to potential collaboration work, Ocean mentioned Danger Mouse, but also somewhat surprisingly Tame Impala. "I'm getting in with Danger Mouse when I get back to the States," he said. "Usually when I meet those guys, we'll sit. If we happen to write something, we do. It's just cool to feel it out first. It has to be right just as far as chemistry goes. But I love Tame Impala. Tyler [The Creator] put me on to Tame Impala." The news is refreshing, especially given various reports last year that suggested he wasn’t even sure when he was planning a follow-up, if at all.