Frank Ocean must be breathing a pretty big sigh of relief right now. Since he posted his "my first love was man" confession on his Tumblr page last week, the internet chatter on the matter has been largely positive. Beyoncé wrote the guy a poem, Russell Simmons of Def Jam wrote "we love you" back and even Busta Rhymes managed to come up with a quote that was basically the tough-guy equivalent of saying "some of my best mates are bisexual... honest." 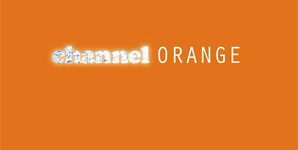 You've got to wonder how many people were aware of Frank Ocean's musical output before he decided to do the unthinkable and bust his bare fist through the glass of ceiling of hip-hop's code of sexuality. You've got to wonder how many people would be streaming his album right now, off that same Tumblr page on which he posted his deeply personal confession just a few days ago. A half-educated guess would say 'not as many as there are right now. for sure.' That's not to say that Ocean isn't worthy of the attention, though. His talent is palpable; you don't even have to get as far as the album stream for evidence of this. His live performance of 'Bad Religion' on Jimmy Kimmel's show last night (July 9, 2012) was rich with tension and spiked with electricity. It made for chilling viewing and Ocean exuded a serious air of "THIS is why I'm here."

And it's that track that marks the pinnacle of Frank's debut album. 'Bad Religion' is as chilling on record as it was to witness Ocean facing his public, in the midst of the media furore that had been escalated around him. He begins the song by imploring a taxi driver "it's rush hour / so take to the streets if you wanna / just out-run the demons, could ya?" It's almost a shame that 'Bad Religion' falls so late in the tracklisting for 'Channel Orange'; the trajectory of the album seems to be all about-face, starting with a half-sewn tapestry of sketchy ideas, feeling more like a work in progress than a collection of finished songs, before it reveals its highlight in a tardy fashion. Ocean's identity doesn't seem to be able to bust out of the schlocky R&B cliché that he drenches himself in, for the first part of the album.

At times, his personality rises above the parapet and it's notable when it does; the sass of 'Pilot Jones,' is punchy, as he questions "I don't know why I keep trying to keep a grown woman sober." The groove on 'Lost' hits you in the solar plexus and it's underpinned by a simple, infectious bass line as he takes you on a global trip of isolation. In between these high points, though, Ocean's inaugural long-player feels sketchy, as though he's yet to settle into his niche. Frankly, an album's worth of "bad Religion' and it's successor, 'Pink Matter,' featuring Andre 3000 - which is equally arresting - would have worked well. A shame, then, that Ocean decided to fill 'Channel Orange' with R&B cliché, jaded nu-soul rhythms and half-finished ideas. It's well worth persevering with Channel Orange; Frank Ocean is clearly a man possessing a talent worth paying attention. Let's hope he shows the same bravery and honesty in his music as he has done with his private life, made public.