Frank Iero "can't wait" for My Chemical Romance to finally be able to hit the road for their comeback shows and teased they had a bunch of different "well-made plans" before the pandemic hit. 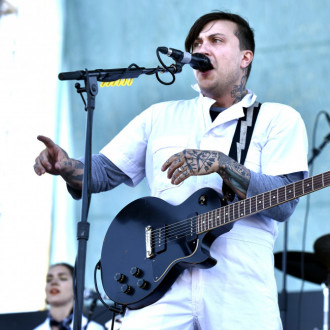 Frank Iero has revealed My Chemical Romance had planned a lot of stuff before COVID-19 delayed their reunion tour.

The 'Welcome to the Black Parade' hitmakers - completed by Gerard Way, Ray Toro and Mikey Way - were set to perform a number of comeback concerts in 2020, after making their long-awaited return in Los Angeles in 2019.

However, the emo veterans were forced to delay their plans due to the ongoing health crisis, with shows in the UK, New Zealand, Australia, Japan, and North America, pushed back until 2021.

And the 39-year-old guitarist has spilled that MCR were gutted that all of their "well-made plans" had to be paused.

Speaking to At The Drive-In's Jim Ward on Instagram Live, Frank said of their upcoming shows: “I can’t wait, man. I really can’t. It’s such a weird experience to be like, ‘Hey alright all of this stuff that we’ve been working towards and these well-made plans,’ and all of a sudden it’s like, ‘Ah hurry up and wait.’ But it happens …The plan is to make it seem like you didn’t put any work in, you didn’t prepare for anything like f****** James Dean. You just want to be cool without even trying.”

The 'Helena' rockers are currently scheduled to kick off the UK leg on June 15 at the Eden Project in Cornwall, South England.

However, it's not currently known whether the gig will still go ahead, especially given British Prime Minister Boris Johnson just announced large-scale live events are not likely to return until June 21.

In a statement announcing the rescheduling of their concerts, MCR had said: "As a band, we are deeply aware of the profound problems and crucial issues the world is facing right now.

"These issues are all life-changing, and we have them in the forefront of our minds on a regular basis. All of our focus should be on making the world better in every way we can.

"We would never want to distract from the challenges we are facing right now, but we feel it is the right thing to let people know that we have rescheduled our shows, so that we can offer people a refund on tickets in these difficult financial times." 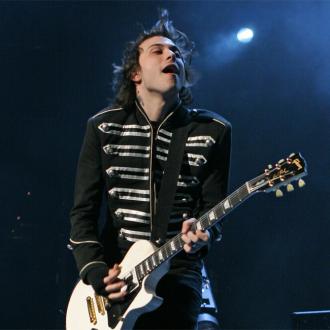