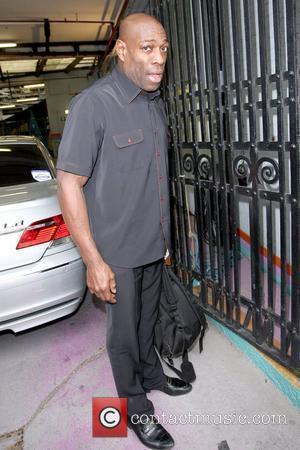 Former heavyweight boxing champion Frank Bruno was subjected to a terrifying knife attack while he was receiving treatment in a psychiatric hospital earlier this year (12).

The British sportsman, who has battled mental health issues in the past, suffered a relapse in April (12) and was sectioned under Britain's Mental Health Act.

He was taken from his home Bedfordshire, England and treated at a specialist mental health unit and Bruno, 50, insists he hated his time there.

He tells Britain's Sunday Mirror, "They took me to a place which was like a living hell... Being in that hospital was worse than being in prison. At least in prison you know why you are there. But I could never understand why I was back in the system. My room was no bigger than a prison cell. All I had was a bed. There was no Tv. All I did was listen to my iPod to try to calm me down. There was a tiny window in the room but you couldn't open it. I wasn't even allowed to go to the toilet without being supervised. It was degrading... Going back into hospital was not my decision. But once it happened I took my punishment and I didn't cry. I was just pumped full of drugs and it didn't make me better... it made me worse..."

Bruno reveals that during his time in the hospital, he was attacked by a knife-wielding patient: "I was sitting in the dining area when I saw a guy out the corner of my eye. He'd grabbed a knife out the kitchen and was coming at me when ­security staff bundled him over. I froze in shock at what was ­happening. A lot of the people in these hospitals are very sick and need help. I didn't feel scared. How can you feel frightened of anything when you have been in the ring with Mike Tyson twice? But it did shock me. After it happened, getting out became even more important to me."

The sports star was released later that month (Apr12) after a medical board ruled he should be allowed to go home, but was admitted to another hospital in May (12) and spent five weeks there before he was discharged.

He now insists he is determined not to go back, adding, "I was in there five weeks but it felt like five years. It is harder than being in the ring. At least in boxing it is 12 rounds and then you come out. In hospital I could never see when it was going to end... Now I am out I want to stay out. I take my medicine and I am doing what the doctors say."