Francois-henri Pinault has opened up about the son he has with Linda Evangelista, insisting the four-year-old boy is ''totally integrated'' into his family, including wife Salma Hayek and their three-year-old daughter Valentina. 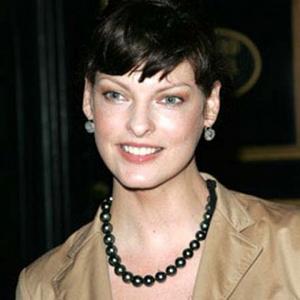 Francois-henri Pinault insists the son he has with Linda Evangelista is "totally integrated" into his family.

The French billionaire - who has a three-year-old daughter Valentina with his wife Salma Hayek - has been accused by the supermodel's lawyer of paying nothing in child support since the birth of Augustin James, now four, but Francois insists he has always "recognised" the boy as his own and says his other child treats him like a brother.

He added to the French edition of Elle magazine: "At every possible opportunity he [Augustin] has participated in my family life whether in France or the United States. He is totally integrated within my family."

Linda is seeking $46,000-a-month in child support from her former boyfriend - the chief executive of PPR, the group which owns Gucci, YVES SAINT LAURENT and Bottega Veneta - and it has been claimed she took legal action after failing to reach a settlement out of court.

In addition, Linda she also asked for $80,000 a year for a nanny, but the $7,500 she wanted per month for vacation expenses was immediately removed from the request in a hearing at Manhattan Family Court last month.

However, the judge was sympathetic to her appeal, saying: "These are the extraordinary expenses that may be a part of the child's life.

"And if there is a trial in the support case with a lot of publicity, there will probably be a need for two detectives to drive this kid around."

At the hearing, Francois' lawyer was quick to point out Linda did earn a substantial amount in the last year.

David Aaronson said: "She testified that she wants to have a 24-hour nanny because she does not want to be alone with the child. Miss Evangelista, you should understand, has a worth of more than $8 million, and she earned, last year, $1.8 million."