She teased her new project ahead of the anniversary of Kurt Cobain's death.

It seems there's a lot more of Kurt Cobain alive within his daughter Frances Bean Cobain than we could ever have known as she teases an a cappella rendition of her first ever original song. It's a powerful ballad that we know little about, though it's likely to be an ode to her late father. 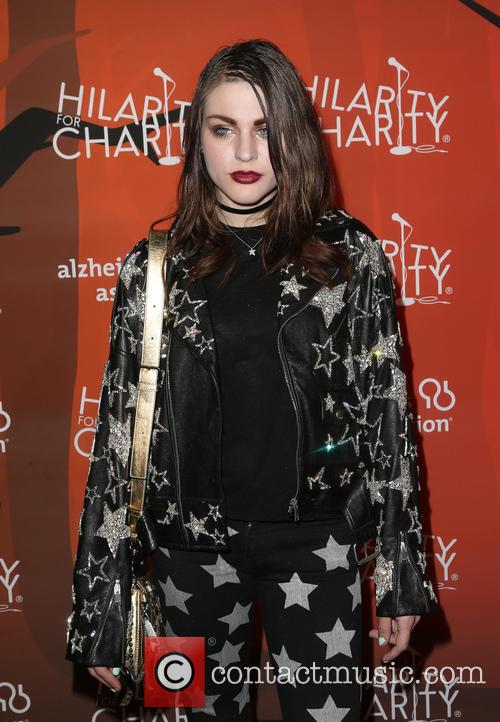 Frances Bean Cobain at the Hilarity for Charity Variety Show

On Wednesday (April 4th 2018), the 25-year-old model dropped a few lines from her first original song - at least, the first one she has ever shared publicly. It comes just a few months after she unveiled a snippet from her cover of Leonard Cohen's 'Hallelujah'.

'I think I saw you when I was small/ I think I found you, a penny for your good thoughts', she sings sweetly on the new song, before diving into an emotional crescendo. 'I think I found you/ Jesus hangs in your place on the cross/ Hell, these hinges became unscrewed/ Heaven knows it was a cage on earth.'

Apart from the lyrics, the other hint that she's singing about the Nirvana frontman is that she dropped the video the day before the anniversary of his death, which would mark 24 years.

'I'm super restless because I can't play guitar with long nails so I'm just sitting in my room alone singin' to mah self', she said of the moment. 'Not having a TV in my house is the best decision because I'm forced to occupy my time with things that feed my brain and soul instead of wasting energy on thinking about not having to think.'

Perhaps it's her new relationship with The Ceremonies frontman Matthew Cook that has fed her ambition to walk in her father's footsteps, as well as mother's; Courtney Love being the lead singer for Hole. Like her father, she is also a keen surrealist artist who sells her prints alongside related merchandise.