The happy couple tied the knot at their beach-front home on Sunday afternoon (Sept 7th).

Fran Drescher is a happily married woman! The star of 'The Nanny' and 'Happily Divorced' recently tied the knot with boyfriend Dr. Shiva Ayyadurai, who is the inventor of the email, at their home on the beach on Sunday afternoon (Sept 7th). 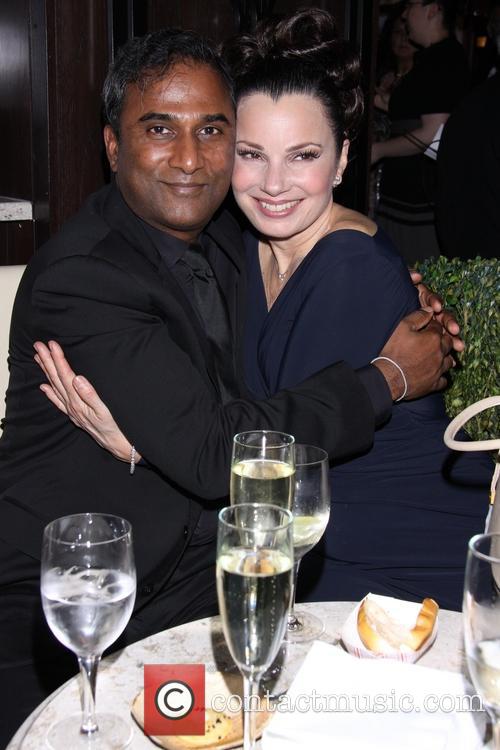 In the intimate wedding ceremony, only friends and family were present when the happy couple said "I Do," Drescher's rep confirms to People magazine, who also revealed the bride wore Badgley Mischka while the groom wore Ralph Lauren.

Ayyadurai and Drescher first met a little over a year ago when they both attended an event hosted by Deepak Chopra.

"I was speaking on sages and scientists-in fact, talking about innovation and the fact that we need to more universally look at the models of innovation," Ayyadurai recently told HuffPost Live. "And Fran heard my talk and we fell in love, and we've been together since that talk."

"Every day is a celebration with Fran," he added. "Every day is almost a romantic hangout with her. We're always laughing, always enjoying ourselves."

Earlier this summer, Drescer shared a photo of herself and Ayyadurai looking madly in love as they posed while displaying some PDA. "Signing for now dolls," she tweeted along with the snap of herself sharing a kiss with her beau. "Be happy b well. B loving."

The Broadway actress was previously married to Peter Marc Jacobson, who is her current writing partner, for 21 years until they divorced in 1999. Sometime after, Jacobson revealed to her he was gay.