Foxes is obsessed with boxing after lockdown

'Glorious' hitmaker Foxes has turned to boxing to get her "back into life" after lockdown as she reflects on being single and leaving her record label. 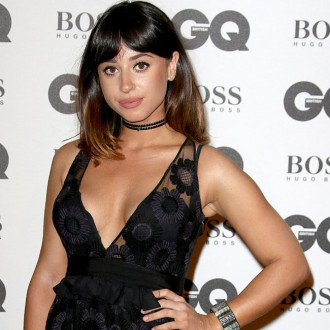 Foxes has turned to boxing to get her "back into life" after lockdown.

The 'Glorious' hitmaker - whose real name is Louisa Allen - revealed she is happier than ever after leaving her record label to become an independent artist and enjoying life as a single woman.

She told the Metro newspaper's Guilty Pleasures column: "Since we got out of lockdown I've been getting back into life through boxing.

"It's so great. It's not a fancy gym, either, there's real actual boxers there - they've been through stuff. That's my new obsession."

The 32-year-old star admitted she's glad to be focused on herself rather than "relying on a guy".

She explained: "I'm enjoying being on my own, and not relying on a guy, for the first time. I've realised what I need and what I don't need.

"And I definitely need myself, so I have to look after that and be my own best friend - everything else can some second."

Foxes admitted leaving her label was also a major positive for her, as she prioritises the music she wants to make rather than record sales.

She added: "I left my major label because I was unhappy. I was like, 'This doesn't feel quite right anymore' and I packed up my things and left - one of the best things I did.

"It's not about how many records you sell, it's about the music you're making."

The singer recently claimed the modern music industry is a "huge social media game", which she tends to stay away from as she "misses the mystery" that used to surround pop stars before the rise of the Internet.

She said: "I guess, like the artists that I love are kind of from a different era where there was so much mystery and you could make up your own mind about who they were or what they were doing.

"Nowadays, it is very much a huge social media game but I don't tend to play with it, which might go to my advantage or disadvantage. I'm not sure, but I definitely miss the mystery."

Foxes is obsessed with boxing after lockdown