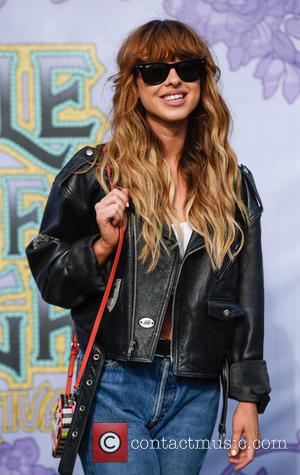 The Let Go for Tonight singer teamed with the Trekstock charity and car company Citroen for the feat last month (May15) when she performed short gigs around England with stops in Southampton, Brighton, Guildford, Reading, High Wycombe, Oxford and London.

Foxes has now confirmed she broke a record for the most live concerts in 12 hours in multiple cities, telling Britain's KISS FM, "We did seven shows in seven different cities in under twelve hours. I'm still kind of recovering. I never thought I'd do something like that. But it was nice. It was with Trekstock who are a great charity so it was lovely to sort of be involved with them. I was driving a Citroen! We were from gig to gig, to gig, to gig. I didn't even eat lunch!"

Proceeds from the ticket sales were donated to Trekstock, an organisation which helps young cancer sufferers.