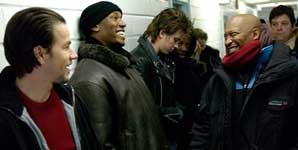 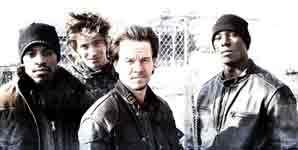 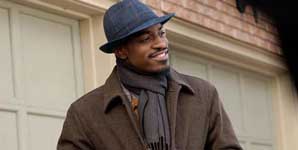 ANDRÉ BENJAMIN (Jeremiah Mercer)is best known for his work as half of the world-renowned, pioneering, Grammy Award-winning duo, OutKast. Their album "Speakerboxxx/The Love Below" sold over ten million copies, propelled by Benjamin's number one single, "Hey Ya!" For their distinguished body of work spanning over a decade, OutKast has received multiple Grammy Awards, including Album of the Year for "Speakerboxxx/The Love Below" in 2004.
Fueled by his artistic passion, Benjamin now has turned his attention to other creative outlets and is making an indelible mark on the film and television world. He has lent his voice to the anime feature "Whasango" and will soon do the same for Paramount's upcoming live-action/CG feature, "Charlotte's Web." Benjamin was most recently seen co-starring with John Travolta, Uma Thurman, Vince Vaughn, and Cedric the Entertainer in "Be Cool," the sequel to the smash hit comedy, "Get Shorty." He has wrapped "Revolver," a Guy Ritchie film in which he stars with Jason Statham, Vincent Pastore, and Harvey Keitel. This film follows on the heels of shooting "My Life in Idlewild," a musical set in the prohibition-era South in which Benjamin stars and for which he co-created the story and co-wrote the soundtrack with his OutKast partner, Big Boi. He also appeared on an episode of the critically acclaimed F/X dramatic series, "The Shield."