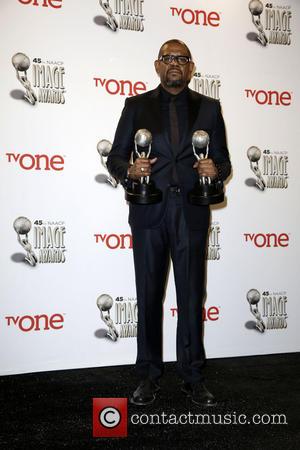 Actor Forest Whitaker was the big winner at the Naacp Image Awards on Saturday night (22Feb14) after landing a trio of prizes.

Whitaker picked up the Chairman's Award in recognition of his stellar acting career and his charity work, while he also took home one of the night's most coveted prizes - the Best Actor in a Motion Picture trophy for his role in Lee Daniels' The Butler.

He was also feted for his sideline as a producer as his drama Fruitvale Station was named Best Independent Film.

In the music categories, Beyonce was honoured as Best Female Artist and John Legend was named Best Male Artist, while Robin Thicke, T.I. and Pharrell Williams landed the Best Group or Collaboration title for their hit single Blurred Lines.

The National Association for the Advancement of Colored People (Naacp) Image Awards, which celebrate diversity in film, Tv, music and literature, took place at the Pasadena Civic Auditorium in California and also featured a performance by Stevie Wonder and a tribute by Oprah Winfrey to late South African president Nelson Mandela.