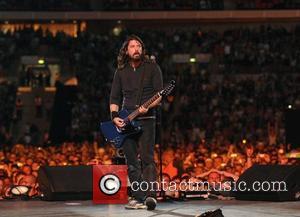 LATEST: A 16-year-old student is desperate to apologise to Foo Fighters frontman Dave Grohl, because he was responsible for the fake death report which swamped the internet. DANIEL O'SULLIVAN originally sent the story about Grohl's death to his friend as a prank. The friend then forwarded the story to others and it quickly spread. Grohl heard the news of his apparent death when a friend called his phone with a message of sympathy for his wife JORDYN. O'Sullivan says, "I found this web site on the internet which lets you set up fake news pages and wrote this Dave Grohl dying story. "The next day at college people were saying to me, 'Isn't it sad about Dave Grohl,' so I quickly told them what happened. "If I saw Dave I'd definitely apologise. I felt really bad. He seemed a bit p**sed off and I feel really bad. I never meant to upset anybody, just to trick my friend for a laugh. "Originally, because Alex (O'Sullivan's friend) is such a big fan, I was going to do a story about a Pink Floyd reunion - I wish I'd done that now. I won't be doing any more fake web site pranks any time soon."