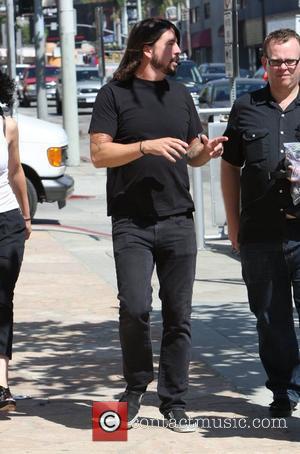 Foo Fighters rocker Dave Grohl is unhappy with the band's new Greatest Hits album, insisting they should have waited until they were ready to retire to release it.
Grohl insists he and his bandmates had no say over the compilation, which was released earlier this week (ends06Nov09), and he would have turned down the venture had it not been written into their record contract.
He tells the BBC, "It still seems premature because we're still a functioning, active band. Those things can look like an obituary. We were asked to do this a long time ago. We wrote it into a deal a long time ago - that's how it works.
"They started asking about four years ago, and we said, 'Don't we need some hits?'"
The former Nirvana star even insists the new album is missing some of his favourite Foo Fighters songs, describing it as a "beginner's guide" to to he band.
Grohl adds, "I think there are better songs than some of those."