They unveil a video and an app to go alongside the single.

Following one of the most incredible cosmic events in more than 100 years, the total solar eclipse, Foo Fighters draw their fans' eyes to the stars once again with the release of their epic new song 'The Sky Is A Neighborhood'. It's the second release from their forthcoming album 'Concrete and Gold'. 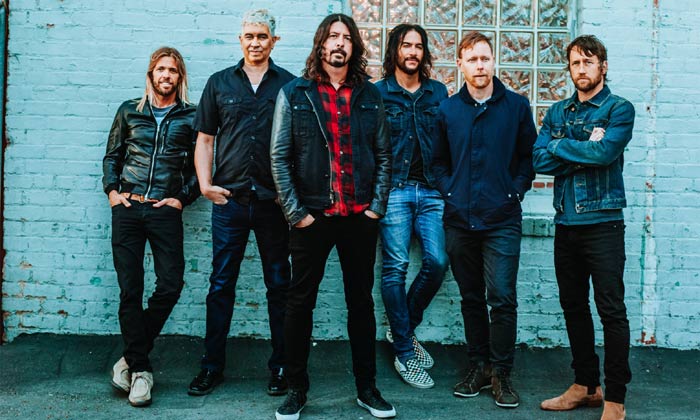 Foo Fighters are preparing to release their latest single 'The Sky Is A Neighborhood' on September 8th, a huge rock anthem that comes alongside a video directed by frontman Dave Grohl. Recorded by the band in just one afternoon, it completed their eagerly anticipated ninth studio album.

'One night I was lying out looking up at stars', Dave said in a statement. 'Just imagining all of these stars as places that have life on them as well, and I decided that the sky is a neighborhood, that we need to keep our s**t together in order to survive in this universe full of life. But I had no music yet. I just had the title. So everyday I would walk around, kind of humming this thing in my head.'

He describes the song, which comes three months after their previous single 'Run', as 'the biggest thing sonically that we've ever done'. Produced by Greg Kurstin, it is captured visually by Dave in his video featuring two children feeling the magic of the starry night as Foo Fighters rock out on their roof. To go with this new release, the band are unveiling a special mobile app that will allow fans to view stars and constellations in their own neighborhood.

They're currently on tour, set to return to the US on October 2nd for a 26 date stretch kicking off at their own Cal Jam 17 festival at Glen Helen Regional Park in San Bernardino, which will also feature performances from Queens Of The Stone Age, Cage The Elephant, Liam Gallagher, The Kills and Royal Blood.

'Concrete and Gold' will be released on September 15th 2017 through Columbia Records.