Foo Fighters set to return to the stage for the first time since Dave Grohl broke his leg. 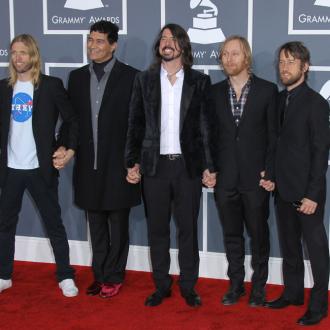 Foo Fighters will return to the stage this week.

The 'Best of You' rockers are set to make their live comeback later this week in Washington DC as they kick off their North American tour, just weeks after frontman Dave Grohl broke his leg falling off a stage in Sweden.

The band previously had to pull out of a series of European shows including their headline set at Glastonbury which was scheduled for Friday night (26.06.15), but were instead replaced by Florence + the Machine, who had been scheduled to play immediately before them at the iconic music event.

However, the 'Say My Name' hitmakers paid tribute to the band during their performance by covering their hit 'Times Like These'.

Introducing the track, front woman Florence Welch said: ''Thank you so much. We would like to dedicate this next song to the legend and all-round incredible human being Dave Grohl.

''He was so incredibly kind and supportive to us when we were first starting out, and we were so sad to hear he'd broke his leg because we love him so much.

''Dave, if you are listening - we love you! We all love you - and we hope through the Glastonbury ley lines that this gets to you. We're sending you so much love. This song's for you, Dave.''