Foo Fighters Get Their Own HBO Series (Plus, New Album News)

The Foo Fighters are returning with a new album, and HBO series.

The Foo Fighters have announced they will release a new currently untitled album this fall, with a HBO film documenting its recording. The series will show the band visiting eight iconic recording studios and cutting a track in each one - it will mark both the release of the new album and the band's 20th anniversary. 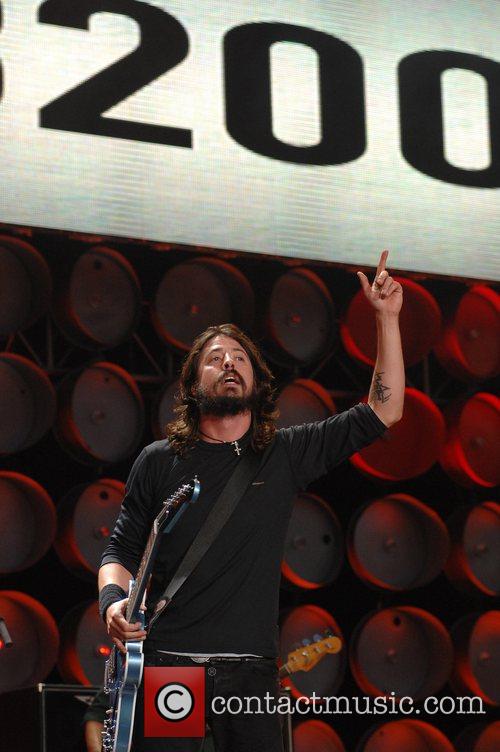 The full list of studios has yet to be revealed, but it is believed that Steve Albini's Electrical Audio, Don Zientara's Inner Ear studios in Washington, D.C. and Rancho De La Luna in California will all appear.

More: Read our review of the Foo Fighters' Greatest Hits

Though a tracklist for the new album is yet to be released, frontman Dave Grohl noted that is would feature several cameos, including Paul Stanley of KISS, Ian MacKaye of Fugazi and Heart's Nancy Wilson.

In a statement, Grohl said the album would be a "love letter to the history of American music."

Last year, the former Nirvana drummer said: "We're doing something that nobody knows about, it's f--king rad.We begin recording soon, but we're doing it in a way that no one's done before and we're writing the album in a way that I don't think has been done before."

Producer Butch Vig gave a status report on the album last month, noting, "We've been recording at some different locations, but we're almost halfway done with the recording and it's going well. It sounds different - we've thrown a few things into the mix, in the recording process, that are going to give the record a different sound and a different feel. It's been a challenge, but it's also been exciting."

More: Read our review of the Foo Fighters' Wasting Light

Watch the video for Foo Fighter's 'The Life of Davy Grolton':