US rockers Foo Fighters have self-confirmed to play Glastonbury this year after being named best international band at the NME awards on Wednesday night. Frontman Dave Grohl revealed the news in a video message recorded for the audience at the Brixton Academy. 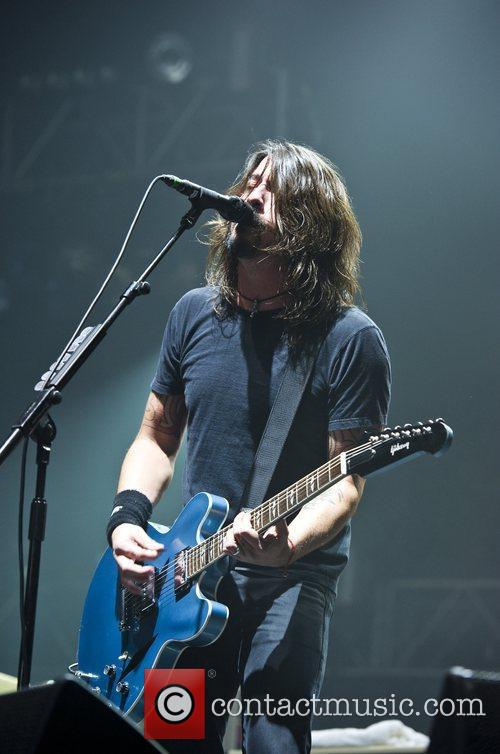 Foo Fighters will headline Glastonbury on the Friday night

"Thank you Chrissie for presenting this award to us.This is amazing, we love you very much, but we also love all of the fans for voting for our band for this award. We're very thankful and very happy - sorry we couldn't make it tonight, but we will be seeing you over the summer at some big outdoor festival that nobody knows we're playing. It's Glastonbury! So we'll see you at Glastonbury - thanks a lot everybody!" he said.

Glastonbury Festival has since confirmed that Foo Fighters will headline the Pyramid Stage on the Friday night - their first appearance at the famous Somerset festival since 1998. Tickets are sold out but a resale in planned in April for cancelled and returned tickets.

"We feel incredibly lucky to have confirmed the Foo Fighters for the Pyramid Stage at Glastonbury this year," said organiser Emily Eavis, "Very few bands have the power to unite and energise a crowd like Foo Fighters do. We can't wait for them to rock Worthy Farm on Friday night."

Earlier this week it was reported that Adele was in negotiations to headline on Saturday night.

"Most of the acts have been booked for Glasto but Michael and daughter Emily Eavis are still trying to get Adele for Saturday night," a source told British newspaper the Daily Mirror.

"She has been on their wishlist for a few years now. Negotiations are ongoing but this is the closest they have got to signing her."

Prince is 4/1 with the bookies to be the third headline, while Florence and the Machine, AC/DC, Fleetwood Mac and Kate Bush are next in the betting.