3) Foos vs the Westboro Baptist Church

While the band have never been best known for being vocal about gay rights, in 2011 they fought back against anti-gay protesters who were picketing outside the venue for a Foo Fighters show in Kansas City. 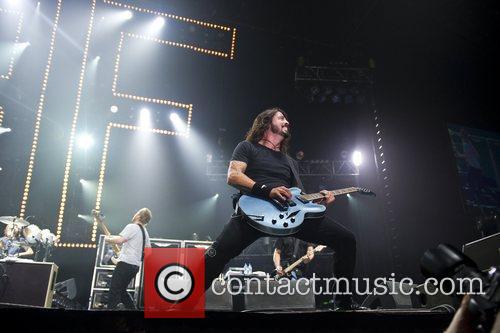 Having posted a parody video earlier in the year to promote their upcoming tour, the band had been targeted by the notorious Westboro Baptist Church - the group infamous for picketing the funerals of US soldiers, gay rights activists and celebrities, among others.

As protesters gathered outside the venue ahead of the show, the Foos arrived in fancy dress on the back of a flat-bed truck adorned with American flags and hay bails to perform their country-parody song ‘Keep It Clean (Hot Buns).’

Most bands promoting their new album tend to favour a tour of established venues (usually music halls, stadiums or bars depending on the size of the tour). However, to support their 2011 effort Wasting Light, the Foos took a slightly more intimate approach, by asking to play in the homes of their own fans.

To celebrate the new album being recorded in Dave Grohl’s garage, fans were given the opportunity to move the lawnmower and power tools aside and apply for the band to come and play a one-off show in their own garages - ahead of the band’s official summer tour.

Foo Fighters played a total of eight up-close-and-personal garage shows for fans across America, with footage from each show captured on a documentary released later that year.

Perhaps the Foo Fighters’ most unexpected live moment is still yet to come - as earlier this year the band agreed to play a show in Richmond, Virginia, that was orchestrated and funded by a fan-driven campaign.

As we previously reported, fans of the band made history by selling out tickets for a show that didn’t even exist, in a bid to book the band to play their city for the first time since 1998.

After a lengthy campaign by local fans to sell tickets for the show, the band took to Twitter to confirm their appearance, telling fans: “See ya soon… let's have a good time.”