Last week, legendary rockers the Foo Fighters were announced as headliners for the Invictus Games Closing Party in London’s Olympic Park. The September concert - which will celebrate Prince Harry’s four-day sporting event for injured servicemen and women - will be the Foos’ first UK show of 2014 and will see the band appear alongside the likes of Ellie Goulding, Kaiser Chiefs, Ryan Adams and more. 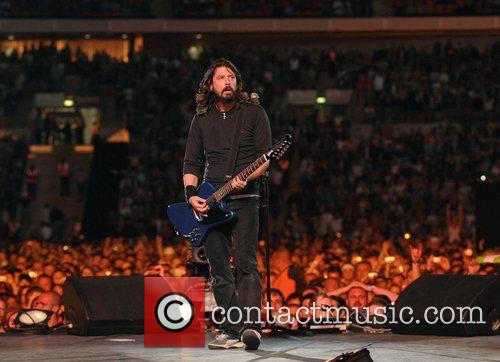 Having earned a reputation for being one the most exciting live bands on the planet - and with news of a new album on the way - Contact Music looks back through the band’s career to find some of their most surprising and unexpected live moments.

Having headlined festivals and stadiums around the world, the Foo Fighters were always going to bring something special to their main stage performance at the joint Reading and Leeds Festivals in 2012. However, nobody expected a tribute to British stadium rock giants Queen on the festival’s opening night.

Hawkins told the crowd: “Over the years I've got to know Queen's drummer Roger Taylor. Well his son Rufus is right there. He's fucking shitting a brick because he's got to play 'Tie Your Mother Down’!”

The band - along with the apparently nervous drummer - played a guitar-heavy rendition of the Queen classic with Hawkins channelling the late Freddie Mercury as he assumed lead vocals, much to the delight of the Yorkshire crowd.

Later that year, in another surprising duet, frontman Dave Grohl and the Black Keys’ Dan Auerbach joined Neil Young and Crazy Horse on stage for a performance of Young’s classic ‘Keep On Rocking In The Free World’ at a show in New York’s Central Park.

MORE: Foo Fighters Get Their Own HBO Series (And New Album News)

MORE: Foo Fighters, The Smiths And Other Rock Stars As Lego

No strangers to the odd surprise performance (earlier this year the band closed off an entire city block following an impromptu performance in New Orleans) the Foo Fighters surprised 200 diners by putting on an unexpected live show in a California pizza restaurant last December.

The band, as a warm up to their live return in Mexico, took to the stage at Redball’s Rock & Roll Pizza to perform a 23-song set that included hits ‘Learn To Fly’ and ‘Arlandria.’

According to TMZ, tickets for intimate surprise show were just ten dollars each - however it is not confirmed whether the price included supper.

Next page: Dave Grohl vs the Westboro Baptist Church (and more)