Foo Fighters' played their ''last show for as long time'' as they closed this year's Reading Festival on Sunday (26.08.12). 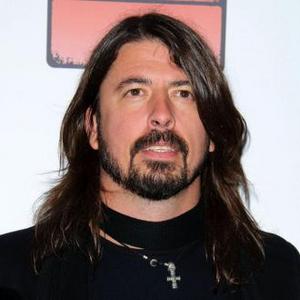 The US rockers closed the three-day event with a 26-song set and frontman Dave Grohl advised fans to make the most of their epic performance.

Dave also brought his daughters Violet and Harper on stage, dedicating 'Walk' to the former - explaining he wrote it when he was teaching the youngster to walk - and 'Monkey Wrench' to the latter. Later, he asked the crowd to sing 'Happy Birthday' to his mother, who was watching in the wings.

Paying tribute to his former band Nirvana - who performed at the festival 20 years ago - he said before 'These Days': ''I'd like to dedicate this song to a couple of people who couldn't be here tonight. This one's for Krist and this one's for Kurt.''

On Saturday, (25.08.12), Kasabian brought proceedings to a close with a powerful set that climaxed with a thundering version of 'Fire', while The Cure ended Friday (24.08.12) night with a career-spanning 33 song extravaganza which mixed up well-known hits like 'Friday I'm In Love', 'In Between Days' and 'The Lovecats' with lesser-heard rarities.

Acts who performed across the weekend - which also runs at a second sister site in Leeds - included Florence + the Machine, The Vaccines, The Horrors, At The Drive-In, The Black Keys and Paramore.