Foo Fighters already have 15 ''awesome'' songs written for their next record, according to drummer Taylor Hawkins. 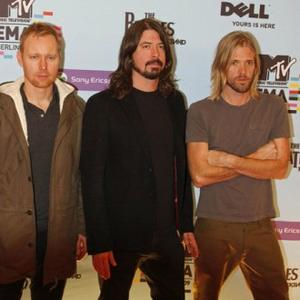 Foo Fighters already have 15 "awesome" songs written for their next record.

The 'Long Road To Ruin' rockers - led by singer and guitarist Dave Grohl - have made good headway with their seventh album, but are taking their time to perfect their sound for the album before entering the recording studio.

Drummer Taylor Hawkins told website spinnermusic.co.uk: "In all honesty, Dave's got 15 or so song ideas that are awesome and we've already demoed some of them twice even.

"But it's definitely in the fetal stages. We do a lot of demoing, it's a large process for us. It takes a long time to do it.

"We don't just say, 'OK, let's go make a record', and pop in the studio and record it just like that."

The band's follow up to 2007's 'Echoes, Silence, Patience and Grace' is due next year, but in the meantime Dave has been working with supergroup Them Crooked Vultures. Taylor also has his own side project, The Coattail Riders.

He added the side projects are good for Foo Fighters - which also includes Chris Shiflett and Nate Mendel - as they mean they are able to get a perspective outside of the group.

Taylor added: "All that stuff in the past, it's proven to be recharging.

"You need everybody to really want to be doing it. Especially Dave, because they're his songs. If he's excited - and he appears to be - we're in great shape. We'll have a new record in a year."