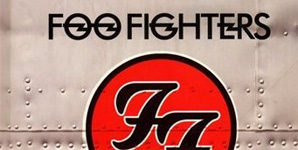 When Dave Grohl first fronted Foo Fighters in 1994, few would have envisaged that they would become one of the world's biggest rock acts, yet this was confirmed when they headlined two nights at Wembley Stadium in 2008. This compilation comes after six studio albums and while Grohl works on his side project, Them Crooked Vultures.

Doing exactly as it states, this release is very much a collection of hits as opposed to being a 'best of', though in the case of Foo Fighters there may be little difference between the two. Arguably yet to produce a truly classic album, this format does mean you get many of the band's greatest moments from throughout their career, so early successes such as 'This Is A Call' to more recent brilliance in the shape of 'The Pretender' and 'All My Life'. The track that many consider to be the group's magnus opus, 'Everlong', makes two appearances - its original version and an acoustic take which reveals a beautiful fragility. There is no denying the song's brilliance, but when you consider the likes of 'DOA', 'Stacked Actors' and 'Generator' didn't make the cut, then perhaps there is too much emphasis here on simply cashing in. The other obligatory bonus material is of decent quality, 'Wheels' being a radio-friendly romp while 'Word Forward' is of a heavier style, but they don't make this worth purchasing if you already own the Foo Fighters catalogue. For those who haven't many of those records though, this is a fantastic collection from a band that release quality singles with impressive regularity.