Posted in Press Releases on 14 November 2012 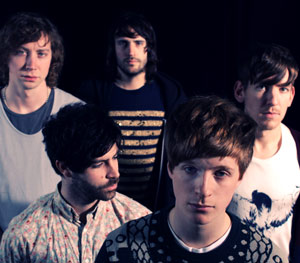 Foals premiered their brand new, electrifying comeback track 'Inhaler" on Zane Lowe's Radio 1 show last week.  It was played three times in 45 minutes on the show, and the accompanying video has had half a million hits on Youtube in 4 days.  They will perform the track, and another brand new song, on Later with Jools Holland this evening & this Friday.

Inhaler is an epic, blistering, shamanistic purging of the soul - four urgent minutes set out to raise the dead, hit the UK last week. Heavier than anything Foals have written before it nevertheless shines with their inimitable groove and funk. Lyrics reference claustrophobia & narcissism.

With two top 10 albums already under their belt, Oxford five-piece Foals prepare to return with their third and most exhilarating album yet.  The new album is titled 'Holy Fire' and is due for UK release Feb 11th 2013.