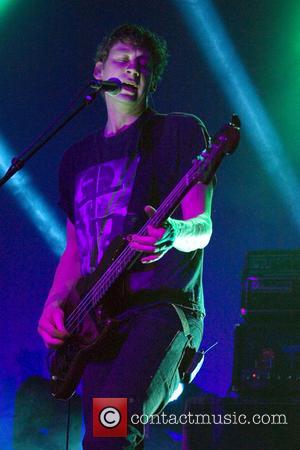 British rockers Foals narrowly escaped a headline-grabbing tragedy on the set of their new video when an actor almost hanged himself for real as he portrayed a suicide victim on camera.

The band headed to Romania to team up with director Nabil on the promo for Late Night in December (12), and they were so impressed with one local actor's performance in a hanging scene they had no idea he was actually struggling to breathe in real life.

Guitarist Jimmy Smith tells NME.com, "In the suicide scene the guy actually hung (sic) himself by mistake, which was pretty bonkers (crazy). We were watching it on the screens next door and it was really realistic, we thought he was doing an amazing job acting.

"Then he started clawing at the belt and went all limp. Nabil had his head in his hands and we all thought we had killed some Romanian dude, but he was cool, he just had a paracetamol (painkiller) and did it all again."

But that wasn't the only shocking incident onset - another scene features a couple making love and drummer Jack Bevan still isn't entirely convinced the actors were pretending to have real sex in a room full of strangers.

He says, "There's sex. Possibly actual sex, nobody really knows. At first it wasn't, but who knows by the end? That was happening in the room next to us, so we were about 10 feet away watching a couple who had never met one another sort of maybe having actual sex."