Florida Georgia Line have clarified that they are not splitting up despite working on their own solo projects. 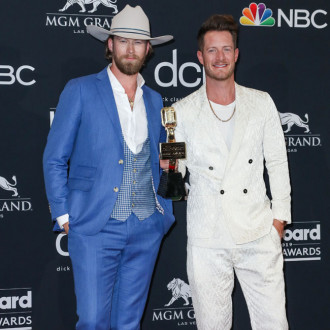 Florida Georgia Line have put an end to rumours circulating suggesting they have split up.

Tyler Hubbard, 33, has insisted he and Brian Kelley, 35, have not disbanded despite working on their own solo projects.

In a video posted to Twitter, he said: “Just to clarify, FGL is not breaking up so anyone who says that … we’re not breaking up. We’re just venturing out.”

The gossip started to swirl back in November, when Tyler unfollowed Brian on Instagram.

However, he explained that he did so temporarily amid the US presidential election, because they support different political parties.

Tyler explained previously: “I unfollowed BK for a few days while we were through this political, you know, in the middle of this election and everything going on. And, and I even called him and told him, I said, ‘Hey buddy, I love you. And I love you a lot more in real life than on your stories right now. So I’m just going to, so that’s why I’m unfollowing you. Nothing personal. I still love you. You’re still my brother.’ I just didn’t want to see it every time I opened Instagram. And so it wasn’t a big deal. Like, like we, like we said, we’re, we’re on great terms. We’re feeling stronger than ever. We’re loving and supporting each other through even all the chapters that we’re in now and, uh, excited for the future."

Tyler says they are fully supportive of each other's solo work and are looking forward to the “next chapter” of their careers.

He said on Twitter: "We want to make sure that our truth is out there for you guys and our genuine excitement and support of each other for the next chapter of our career, of our music, and of our journey."

The duo's new album, 'Life Rolls On', arrives on February 12, while Tyler has a song with Tim Mcgraw, 'Undivided', out on January 13.

Brian is also working on a solo album due out later this year.