Florence Welch To Take Year Off

Florence Welch is planning to take a year off from showbiz as her record company said she can take as long as she wants to make her next record. 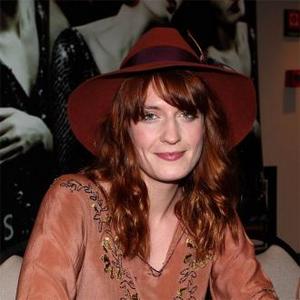 Florence Welch plans to take a year off.

The Florence and the Machine front-woman - who recently celebrated her first UK number one hit - will be taking her time with her next record and plans to be out of the public eye for 12 months.

She said: ''There's a big 'take a year off' plan. The record company have put no pressure on for the next album. They've said I can have as long as I want.''

The 25-year-old star may make use of her time by hanging around in East London, where she likes to play a game called hipster safari.

She told Style magazine: ''Nobody notices me in London. I think it's because I don't feel very starry when I go out. People expect me to be louder and wearing a huge bat-winged jumpsuit or something, but I'm quite quiet really.

''I like playing hipster safari. It's like people watching, people watching, but in east London. I like walking around, looking at everyone's clothes. It's like, 'Yep, I used to go to college with them. Yep there's that fashion blogger wearing a snazzy Outfit.'

''You have a list and tick the east London clichÃ©s off as you go.''