Florence Welch Was Very Close To Making Florence + The Machine's Latest Album A Concept Record About The Witchcraft Scene In Los Angeles. 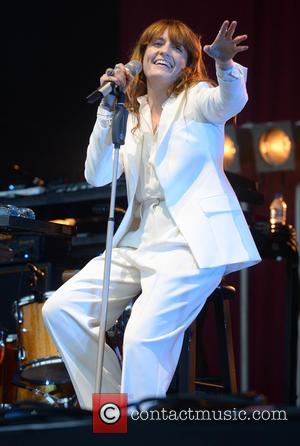 The Dog Days Are Over hitmakers released their third studio album, How Big, How Blue, How Beautiful this week (begs01Jun15), but in the early days of recording their latest effort, Welch admits she started off with an unlikely inspiration for the project.

She tells NME.com, "When I first went to work with (producer) Markus Dravs, I did have some songs that were like... slightly more (2011 album) Ceremonials-esque. We got really into obsessing about the LA witchcraft scene, and I was imagining this concept album about a witch trial in Hollywood, and someone falls in love. It was kind of tied up with things in my own life, but it was an escapism."

But Dravs encouraged Welch to explore more personal and simpler themes, which eventually led to the final product.

She adds, "He encouraged me to be a bit more open, I guess. But that's frightening... Now the themes are relationships not working out, trying to figure out how and why your relationship with yourself isn't working out. That stuff humbles you and it's human, things that everyone goes through... being okay with being sad and with being super-happy and joyful. You're writing from a place that feels, like, really real to you."