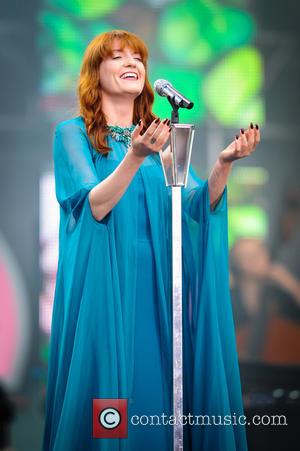 Florence Welch, of Florence and the Machine, was in a partying mood last Friday night (July 19, 2013) - that's for sure.

The singer was in attendance for band Sourberry's set at South London Pacific when she hopped up on-stage with her Tequila shot during the soundcheck and gave a...wobbly...performance of Daft Punk's summer hit single 'Get Lucky.'

Covers band Sourberry wrote: "It was the annual Sourberry summer party and Florence Welch of Florence and the Machine was in attendance. She hopped up on stage during our sound check and rocked out a couple of numbers with us while we warmed up. 'Get Lucky' - Daft Punk and 'Standing In The Way Of Control' - The Gossip. So let's raise the bar, and our [tequila shot] to the stars...."

Coaxed by the crowd for more, Welch opted for an encore of The Gossip's 'Standing in the Way of Control.'

Watch the video of Florence Welch's Get Lucky below:

Always partial to a cover, Welch recently recorded a version of Icona Pop's 'I Love It' with piano accompaniment from Dev Hynes. The version was laid down at the Human Rights Campaign Equality Rocks benefit in New York.

Florence and the Machine released its second album, Ceremonials, in 2011. Florence and the Machine Performing in Amsterdam 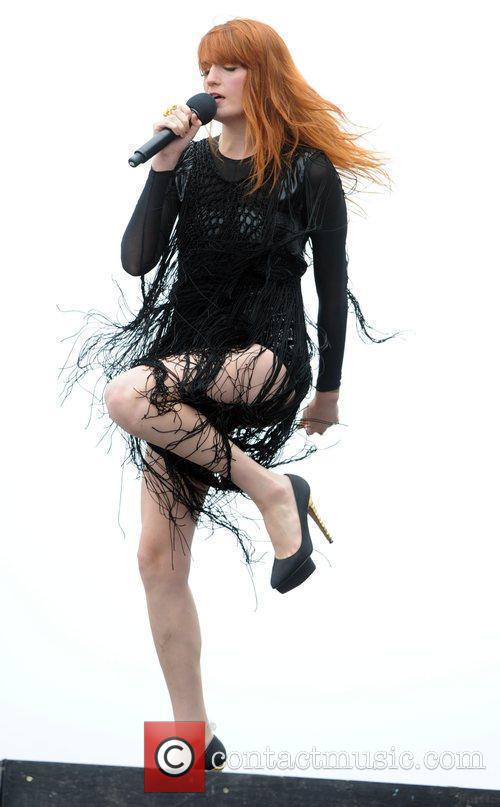 Florence Welch Performing at T4 On The Beach