Florence Welch gave Sir Mick Jagger a ''run for his money'' when she performed 'Gimme Shelter' with The Rolling Stones at the end of November. 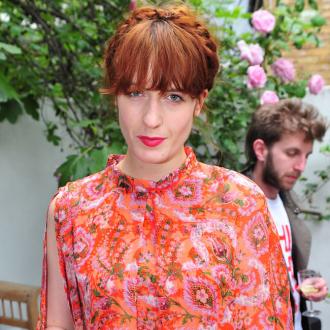 Florence Welch gave Sir Mick Jagger a ''run for his money'' when she performed with The Rolling Stones.

The 'Brown Sugar' band's guitarist, Keith Richards, admits he didn't know much about the Florence + the Machine singer before she performed 'Gimme Shelter' with them at the second of their '50 and Counting' shows in London on November 29, but was blown away be her duet with singer Mick.

He said: ''I'd never met her before or seen her work, but I just went, 'Wow, there's a strong voice.' And, as it turned out, she's a hell of a performer. I mean, she gave Mick a run for his money. And she can move. Great fun, lovely girl, we'd do it again.''

The band will be joined by Lady GaGa, Bruce Springsteen and The Black Keys when they play their final scheduled show of this year in New Jersey on December 15, but Keith hinted there will be more to come.

He told NME magazine: ''Anything's possible now. This whole thing just seems to be gathering momentum again. So, at the moment, we've got these shows, and then you're into New Year, and I guess everybody's... Well, without saying anything, everybody's thinking.''

The band are strongly rumoured to be announced as one of the headliners at next year's Glastonbury festival in England.