Picture: Florence and the Machine performing live at the Mediolanum forum Featuring: Florence Welch Where: Milan, Italy When: 20 Nov 2012

Fans travelling home from Kendrick Lamar’s London show recently were given a bonus extra performance after they found themselves sharing a London Underground carriage with Florence Welch!

Welch had been spotted at the show beforehand on Sunday night (January 20, 2013), but opted to take the tube instead of a private car. Keeping a low profile was never going to work with that shock of red hair, and she soon found herself being serenaded by a bunch of fans singing her hit ‘You’ve Got The Love.’ However, rather than shy away, Welch opted to play up to the crowd: “Florence jumped on the Tube after Kendrick and, as you can imagine, every carriage was packed” a source told The Sun. “At first she tried to keep a low profile but it didn’t take long for a few people to recognise her. They started singing 'You’ve Got The Love' but instead of bailing at the next stop, Florence joined in. It was brilliant.”

Welch wasn’t done there either, as if we didn’t already know that she was a fan of Lamar, she moved onto one of his tunes next; “She finished You’ve Got The Love before changing to the Kendrick Lamar song Backseat Freestyle” the insider said. Welch is a known fan of hip-hop, and can count A$AP Rocky and Drake among her pals. 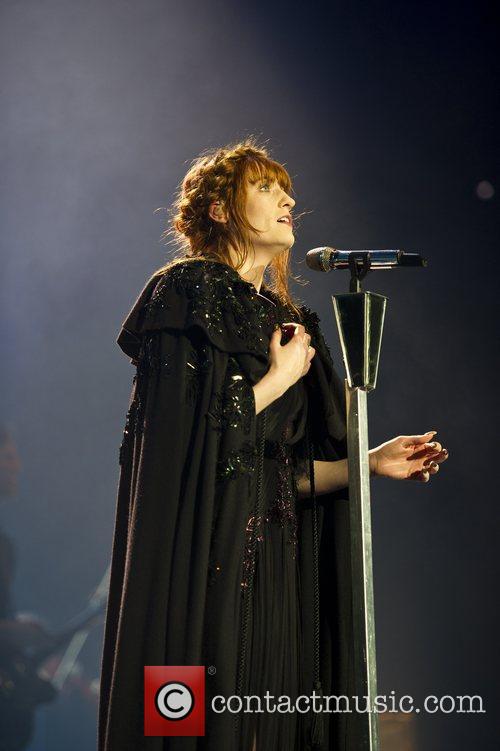 Florence wasn't performing in quite as grand a surrounding as the O2 Arena, as she did last year