Florence Welch and her band will be closing out the main Welsh leg of the four-day event over the second May bank holiday weekend.

Florence + The Machine will headline the BBC’s upcoming Biggest Weekend event next month in Swansea, marking Florence Welch’s comeback to the live arena.

Welch, who is widely anticipated to reveal her first new music in over three years later in April, will be topping the bill at Singleton Park on Sunday May 27th. She and her band will be joining the likes of Camila Cabello, Taylor Swift, Craig David and Ed Sheeran, who is set to open the event.

It’s set to be the first shows that Florence + The Machine have played in the UK since the world tour behind their third album, 2015’s How Big, How Blue, How Beautiful, wrapped up 21 months ago. 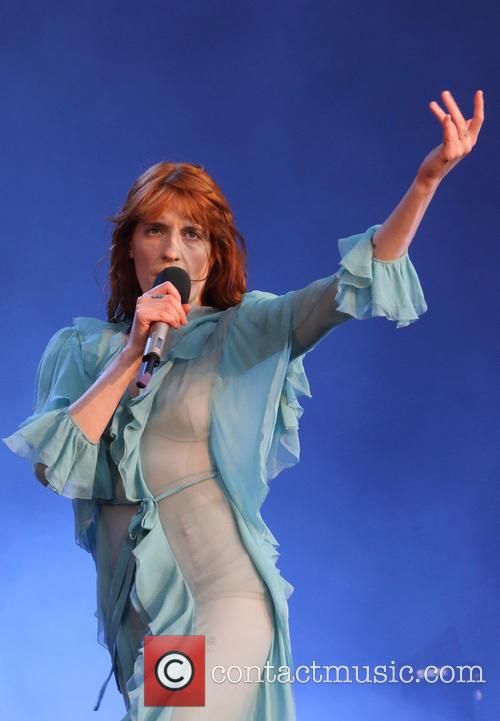 Billed as a “replacement for Glastonbury” in 2018 as the legendary Somerset festival takes a fallow year, the BBC’s Biggest Weekend takes place at four locations across the UK over the second May bank holiday weekend.

Noel Gallagher’s High Flying Birds headline the Scottish leg of the event in Perth on Saturday May 26th, while his brother Liam plays at Coventry’s War Memorial Park the following day. BBC Radio 6Music is based in Belfast, Northern Ireland for an indie-focussed event, where the Titanic Slipways will play host to Beck, Courtney Barnett, Manic Street Preachers and Public Service Broadcasting.

Also added to the massive bill this Thursday (April 5th) were Clean Bandit, Not3s, Anne-Marie, Jorja Smith, 30 Seconds To Mars, Shawn Mendes and Bastille, while Christine & The Queens are also set to make a comeback at Swansea.

Tickets for the Welsh leg of the four-day event from May 25th to May 28th, have sold out, but are still available for the other three locations. Highlights from the events will be broadcast on BBC One, BBC Two, BBC Four and across all BBC radio stations.

More: ‘How Big, How Blue, How Beautiful’ lands Florence Welch her first U.S. no.1 album [archive]