Florence and the Machine

They embark on a UK and Ireland tour in November.

As they prepare for their show supporting the Rolling Stones in London, Florence & The Machine have just announced a series of UK and Ireland arena dates set to begin this Fall. They are also about to drop their fourth studio album 'High As Hope' this summer, featuring lead single 'Hunger'. 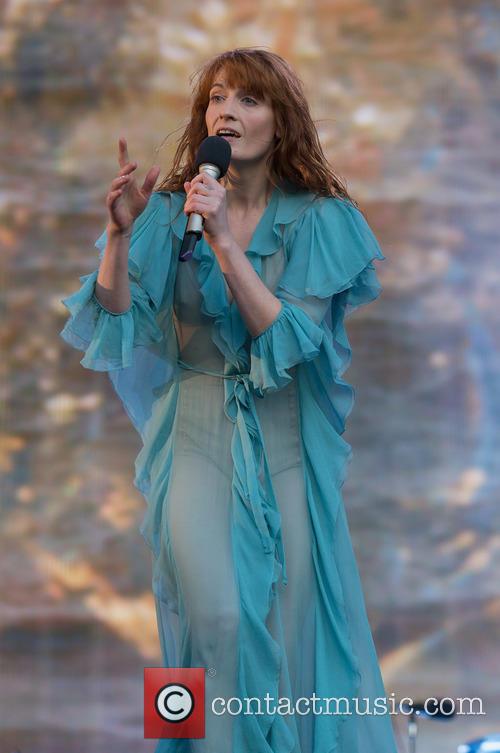 Florence and the Machine performing at BST Hyde Park

The tour will kick off on November 15th at Leeds' First Direct Arena, and will conclude at Cardiff's Motorpoint Arena on November 26th. They will also visit Birmingham, Glasgow, Dublin, London, Manchester and Brighton.

Two singles from the forthcoming album have already been released with corresponding videos; 'Sky Full of Song' and 'Hunger'. Produced by Emile Haynie, Thomas Bartlett and Tobias Jesso Jr., the album follows 2015's 'How Big, How Blue, How Beautiful'.

Last year the band did a cover of Ben E. King's 'Stand by Me' for the soundtrack 'Songs from Final Fantasy XV', and in 2016 they did the song 'Wish That You Were Here' for the film 'Miss Peregrine's Home for Peculiar Children'. Plus, they entered the charts with their cover of Elton John's 'Tiny Dancer' on tribute compilation 'Revamp: Reimagining the Songs of Elton John & Bernie Taupin'.

Florence and the Machine are currently touring the festival circuit, performing at various music events in Europe and North America. Coming up they have shows at Orange Warsaw Festival, Osheaga, Outside Lands and Skookum Festival. Tonight (May 25th) they are supporting The Rolling Stones at their London Stadium show.

Frontwoman Florence Welch previously admitted on Radio 1 that she had to avoid drinking alcohol after her last tour. 'It's interesting because I think I never knew how to come down after a tour before, so I would just go on a massive bender', she said. 'And I wasn't doing that, so I just went straight back in the studio.'

More: Watch the video for 'Hunger'

'High As Hope' will be released on June 29th 2018 through Island Records. Tickets for the tour will go on sale on June 1st.