Florence + The Machine Edge Out Wolf Alice To UK No.1 Album Spot

Florence and the Machine Wolf Alice

Wolf Alice had been at the top in midweek, but a Glastonbury headline performance from Florence + The Machine has propelled 'How Big, How Blue, How Beautiful' back to Number 1 spot.

In a very close sales race, Florence + The Machine have pipped Wolf Alice to the summit of the UK Albums Chart this weekend. Following a last-minute sales boost courtesy of her Glastonbury headline set, Florence won out over the indie newcomers by just 528 copies.

According the Official Charts Company, Florence’s third album How Big, How Blue, How Beautiful had been at Number 4 when the midweek chart was announced before the festival began, but the power of her performance, which was broadcast on the BBC, saw a surge in sales to reclaim the top spot that it had achieved when it was released originally at the start of June. 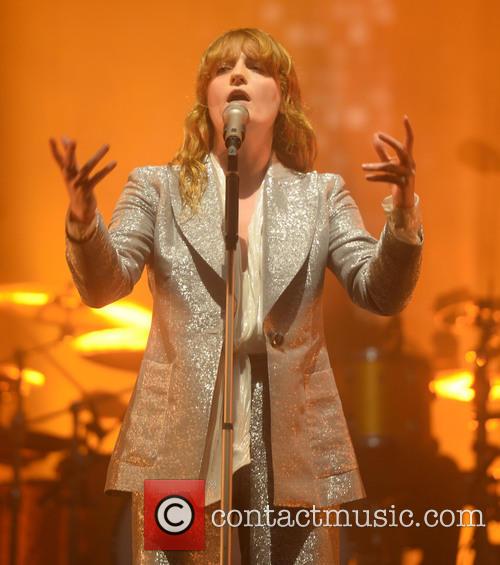 Florence + The Machine had been due to take the sub-headline slot on the opening Friday night of Glastonbury, but were bumped up a spot after being named as Foo Fighters’ replacement. Their lead singer Dave Grohl had broken his leg after falling off the stage in Gothenburg, meaning they had to cancel their festival appearance plus their three mega Wembley gigs.

Indie rock group Wolf Alice, a four-piece from North London, had been sitting atop the midweek charts with their long-awaited first album My Love Is Cool, but despite their own Glasto performances they were unable to fight off the mighty Florence, finishing at a nevertheless very impressive Number 2.

It means that Muse’s seventh album Drones is knocked off the top after enjoying a two-week reign, as it drops to Number 3. Taylor Swift’s 1989 makes a re-appearance in the Top Ten after her own festival appearance at Hyde Park in London over Glastonbury weekend, climbing eight places to Number 4 after a similar sales boost on the back of a big live show.